The Artistry of Michael Partington

February 11, 2022 @ 7pm
Croatian Cultural Center, 801 Fifth St., Anacortes
$25 per person; cash or checks at the door.
Pandemic protocols observed.  Vaccinations and masks required.
For reservations and inquiries go to CONTACT on the website. 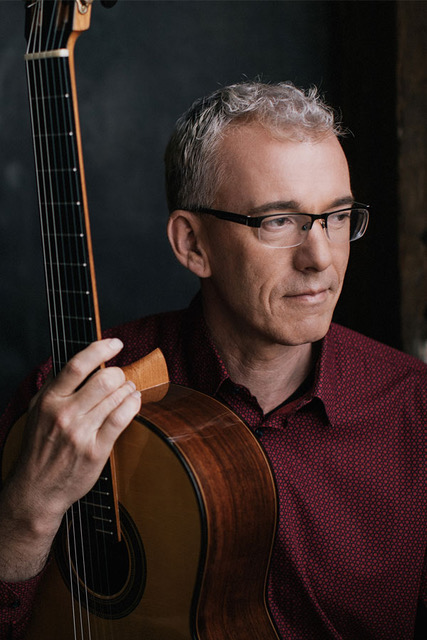 Michael Partington is one of the most engaging concert players of his generation. Praised by Classical Guitar Magazine for his “lyricism, intensity and clear technical command,” this award-winning British guitarist has performed to unanimous critical praise. Audiences are put at ease by his charming stage manner and captivated by his interpretations. An innate rhythmic understanding and sense for tonal colour combine to form some of the most memorable phrasing to be heard on the guitar.

He has appeared throughout North America, Europe, Russia and Scandinavia as a soloist and with ensembles, and live radio performances include BBC Radio 3’s In Tune, BBC Wales, and St. Paul Sunday on National Public Radio. He has released ten solo CD’s for Rosewood Recordings, and can be heard on the Cadenza and Present Sounds labels. An advocate of new music he has commissioned and premiered works by Stephen Goss, Bryan Johanson, Toshio Hosokawa, Angelo Gilardino, Tom Baker, Kevin Callahan and others.

Partington is currently Artist in Residence and director of the guitar program at the University of Washington in Seattle. He has given classes and workshops at festivals and institutions around the world, including the Royal College of Music in London, the Royal Conservatory in Gothenburg, Sweden, the San Francisco Conservatory, the Guitar Foundation of America, the Canadian National Confederation of Music Societies, and the International Guitar Research Centre. His students have won prizes in regional, national and international competitions, and scholarships and awards to study all over the world. Michael Partington is a Savarez Strings artist.

The Anacortes Arts Foundation is a non-profit organization formed to serve the community by cultivating, promoting and sponsoring a variety of art forms.